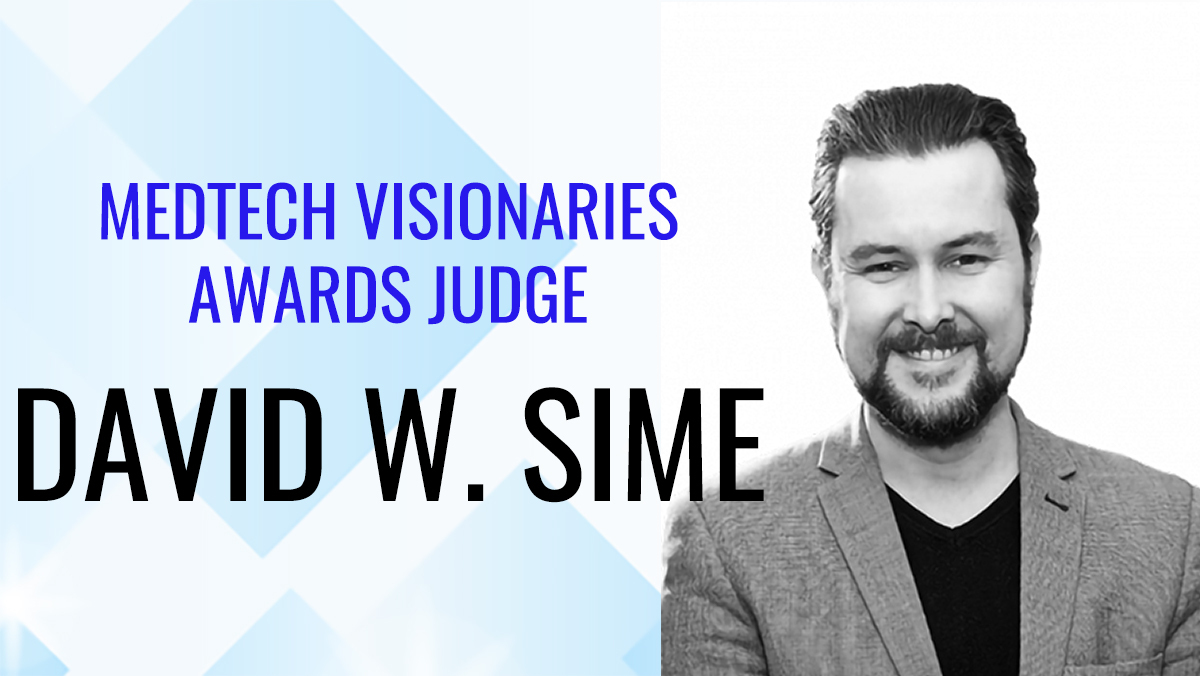 Great people do great things.  And by great, I don’t mean someone who has money or power but rather someone whose goal in life is to ultimately make this world a better place through whatever means that person can.  And so today I would love to introduce you to a man, who perhaps needs no introduction, David W. Sime – a great man with a mission to ultimately “draw the right people and skills together for us all to leave the world a better place than we found it.”

So how is that done?  How can one draw the right people and skills together?  First, they have to develop a network that is worthy of such a mission.  This doesn’t happen overnight.  It isn’t a case of dreaming about a goal and having it happen; rather it is the process whereby someone works hard in a field and gradually develops the network needed to effectuate change.  And that is exactly what David has done in the long run.

You may know him as a serial award winner – a man who has amassed countless awards for his work including in the past year along being the recipient of such prestigious awards as the 2019 Scottish Enterprise – Best Corporate VR Company,  2019 Corporate Vision Awards – Best UK 3D Modelling Project, 2019 Corporate Vision Awards – Best Renewable Energy VR Specialists, 2018 Scottish Enterprise Award – Best Video Production Company.  But David is more than that – he is an impressive man on several fronts with an understated tone about him.

David is currently the Director for Oncor Reality as well as a lecturer for the Chartered Institute of Marketing and Google Digital Garage Lecturer, having worked his way up toward these positions based on his ability to excel in previous job experiences and based on his formal educational background in marketing.  He has written for two academic journals on Virtual Reality in healthcare and rehabilitation (including Springer’s Biomedical Visualisation).  And, he has certifications and qualifications in Digital Marketing from Google, a Postgrad in Lecturing from the University of Stirling and an honours degree from Glasgow Caledinian University.

With his demanding schedule, he could easily consider his day full and enjoy the little time he has for hobbies and other interests.  But instead, he uses his time for the benefit of others.  For example, he continually volunteers to educate Modern Apprentices in business and digital skills. The Modern Apprenticeship scheme provides practical training for young people starting out in work and provides them with skills and qualifications that they may not have been able to pick up from conventional education.  David states “I am a practical learner myself and have had successes and (arguably many more) failures, I wanted to share these experiences with them by creating a practical training course for apprentices around Scotland. I deliver this directly to classes all over the country roughly one day each week – it keeps me grounded, gives me an outside perspective on what I’m doing right or wrong in my own business but most importantly means that (hopefully) my students don’t have to make the same mistakes I did, and can take advantage of the techniques and approaches I have stumbled across over the last 20 years that seem to work well.”

This example of David’s volunteerism demonstrates his consistent and continual mode of giving back; for we all have our own method.  Some of us give donations in the form of financial backing.  Others delegate people to do good through foundations we form.  And then there are the group who are on the ground – working hands on to see what needs to be changed and using their talents to make it happen.  David primarily falls in the last category.  I have personally witnessed how he will reach out to others to make the connections that will provide a team dedicated to making a positive change.  The networking field he runs in is that of promoting technology that brings people together in harmony and for the betterment of mankind.  His vision is that “AR and VR telepresence, will remove the barriers of distance from everything from social and business communication to medical and surgical intervention. Respectively this could eliminate social disconnection, reduce travel emissions and waste, allow earlier medical intervention and ultimately save lives.” And through his marketing and networking efforts he is making this happen.

In everyone’s life they want to be remembered for something.  In David’s life it is his efforts to help mankind that fuels his passion and drives his legacy.